Full Name
Mr. Val Dolcini
Job Title
Director
Company
California Department of Pesticide Regulation
Speaker Bio
Val Dolcini was appointed by Governor Gavin Newsom as Director of the Department of Pesticide Regulation on October 14, 2019. He had served as the Acting Director since June 2019. He had also served as the Deputy Secretary for Agriculture at the California Environmental Protection Agency, following his appointment to that position by Governor Newsom in March 2019. A fifth generation Californian, Dolcini brings to the Department more than two decades of agricultural policy and management experience in the state, federal and nonprofit sectors.
Prior to joining CalEPA, Dolcini served as President and CEO of the Pollinator Partnership, an international nonprofit organization dedicated to the protection and promotion of pollinators through conservation, education, and research. From 2009 to 2017, he served in state and national leadership positions at the U.S. Department of Agriculture, first as the State Executive Director of the USDA Farm Service Agency in California and then as the Administrator of the Farm Service Agency in Washington, D.C. where he oversaw a variety of national initiatives designed to support farmers and ranchers in all 50 states, including natural disaster response, conservation assistance, expanded credit programs, on-farm financial support, and numerous programs designed to support new farmers, returning veterans, women farmers, and other traditionally underserved farmers.
Earlier in his career, Dolcini served in senior staff positions in the U.S. House of Representatives, the California State Legislature, and in the California Governor’s Office. He has also worked for Fortune 500 companies helping to develop successful policy and business strategies in the state and local government marketplace.
Dolcini earned his Bachelor of Arts degree in history at San Francisco State University in 1985 and a Juris Doctor degree from Golden Gate University School of Law in 1993.
Speaking At
Seed Treatment and Environment 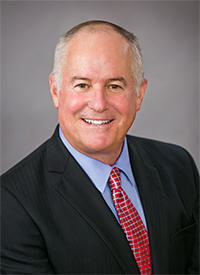